Here are cost ranges for the most common radiator replacement jobs, these prices include the cost to remove and replace a radiator, with labour prices included.

We explain the details in the Cost Factors.

Radiator replacement price is broken into supply of the radiator and the labour involved plus whether VAT must be paid. The process is explained and the time involved is discussed to give you a clear understanding of the work involved.

The cost to replace a radiator depends on these factors related to the work.

There are many scenarios in which radiators are replaced or added to a system. Here are common projects with prices.

The average cost for this cost is £295 for a standard radiator and about £400 for a fancy one.

This is an easy job. The water is shut off to the radiator, and the fittings are loosened. The radiator is drained and removed from the wall bracket. The new radiator is installed in its place.

The average for this job is £360 for standard and £525 for a designer radiator.

In this project, piping will be added or removed. For example, let’s say you have a standard radiator that is 1000mm wide in the bath and want to replace it with an upright tower rail just 400mm wide. About 600mm of pipe will need to be installed. The piping isn’t expensive, but the labor to fit it does raise the cost significantly.

The first step for the plumber is to determine that the boiler and system can produce enough heat and circulation to add a radiator.

If the boiler system has the capacity, then a bracket is fastened to the wall. The radiator is hung on it, and piping is plumbed to the radiator. However, if the boiler doesn’t have capacity and you still need the additional radiator heat then it might be time to consider a boiler replacement.

Cost of Additional Materials and Labor

Bleeding Radiators: This is the process of removing air from the pipework. Air in the pipes reduces energy efficiency. If it builds up in a specific radiator, that room will be cold. The air also causes rattling, pings and other noise.

A plumber can bleed radiators in 1-2 hours. The first step is turning off the system. Then the plumber opens the bleeding valves are one at a time to allow air to escape. The plumber turns the water on at a trickle, and the incoming water forces out the air.

Flushing Radiators: If you’re replacing the radiator because you want a different size or style, this won’t apply.

And, of course, if it is an old radiator and clearly beyond repair, leaking from corrosion, for example, then it must be replaced.

But if the radiator seems in good repair, it might need to be flushed rather than replaced. Sludge builds up over time. The debris can block a radiator altogether. It also takes up room in the pipes and radiators with the result that not as much hot water is being circulated.

If your radiators aren’t as hot as they once were, or if your home is chilly despite the central system running, then this might be your issue.

Plumbers flush systems with a chemical agent that loosens sludge and other debris. They flush each radiator individually while tapping them with a rubber mallet to loosen debris.

Finally, the system as a whole is flushed until the water coming from it is clear of debris, rust, sludge etc.

The cost of flushing a central heating system is £275-£425 based on its size and number of individual radiators. This general maintenance is recommended for systems every 5-10 years or as needed based on system efficiency and effectiveness. In short, if your home is toasty and your gas bill isn’t rising, then the system probably doesn’t need flushing.

This page offers sound advice on when to flush your system.

While it isn’t extremely difficult, there are minor and major things that can go wrong. Potential pitfalls include:

This isn’t a radiator replacement how-to guide, here are the basic steps.

If you have good DIY experience and are willing to take the risks, then doing it yourself should be considered. This video from Wikes department store may be of use:

Otherwise, our recommendation is to hire an experienced plumber to ensure the work is done properly the first time.

Getting the Best Price on Radiator Replacement

The cost to replace a radiator is going to vary based on the area you live and the company you choose, so the key is to get competing estimates for the work. When you do, ask the plumber to break down the estimate into the cost of the radiator and the cost of labour. Then you can compare what you are getting for the money. Of course, you can buy the radiator and just hire the labour. 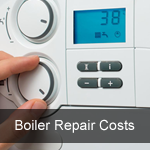 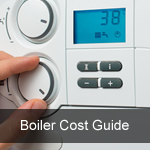 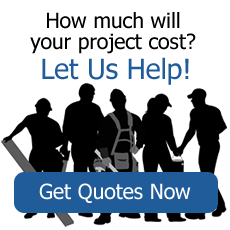 Take a look at our main sections below:

Do you like getting stuff for free? We regularly give away free prizes for visitors to our website and social media pages, including our Facebook page.

Subscribe to our Facebook page to be in with a chance to win one of our prizes, including vouchers, tools, home improvement items and more!

Scroll back to top