In this jargon buster we cover the common jargon and phrases used during the refitting or updating of a house bathroom. If you’re in the process of planning a bathroom refit, updating the bathroom or simply making some changes, we recommend you take a look at, or even print this list, before getting started to help you avoid common pitfalls. Don’t forget to check out our other jargon busters in the series.

Bathroom basins can be asymmetrical or offset, when looking at them from above they are not symmetrical and the bowl of the basin is offset to one side and there is a tap seating or small shelf on the opposite side.

A potentially hazardous scenario where water is flowing back into the main water system (e.g. from a toilet, shower).

This is when the pan or base of the toilet fits flush against the wall and the cistern is not visible and is usually hidden behind a false wall or cabinet to hide the toilet cistern.

This is a valve that controls the flow of water into a cistern or toilet. The valve is operated by a small ball that floats to the top of the surface of the water, and then when the water reaches a certain level, the flow will shut off.

This value is quarter-turn type valve, which will use a pivoting, hollow ball to open or close flow through a pipe.

Is a unit of measurement for water pressure. 1 bar is equivalent of the force required to push water upwards to a height of 10 metres (E.g. to push water 1 metre would require 0.1 bar of pressure)

An initial coat of paint over which a layer of glaze is then applied.

This is a tap that mixes hot and cold water through one tap spout into the bath. This allows you to fill the bath to an adequate temperature from one tap fitting.

Baths are usually made of acrylic, ceramic, enamelled steel, the bath tub can vary in size main relating to  the design but the bath tub standard lengths are approx 170cm 160cm and 150cm.

A bidet looks a toilet pan and is designed for washing intimate parts of the body.

A screen or door that can be folded in half to open and usually slides to one side.

A Waste trap for the basin which is designed to be seen and is then used where there is no pedestal.

Is the heating output required to heat room of a particular size. It can be calculated by using the following equation: Room height x room width x room length (in feet & inches) = Total x 5 = BTU

A cistern is a tank for holding water, usually toilet cistern sits on or near of the toilet pan and has a connection / handle to allow it to flush the toilet.

Close Coupled Toilet
This is when the cistern is sitting directly onto the toilet pan and forms a very compact unit which sits low on the wall and designed to appear be one single unit.

A Combination boiler can also known as a Combi-Boiler, it’s basically a combination of a central heating boiler and water heater in one smaller compact unit allowing a space saving within your property.

This is a toilet that has a slightly higher pan making it easier for those with mobility issues.

Corner baths & offset baths are bath tubs which are available to fit into a usually difficult sized or shaped room often used to give a full sized bath tub while taking up less wall length.

A tapered recess that allows the head of a screw or bolt to lie below a surface.

This basin sits on top of a counter, which could be the top of a storage unit or even a shelf, the basin has a single / central waste outlet (aka plug hole).
Taps may be fitted to the basin, wall or the counter, depending on the style of the basin..

A layer of impervious material which will prevent moisture rising through walls and floors.

This type of shower allows you to select the temperature of water that suits you at the touch of the button; the shower will automatically mix the correct amounts of hot and cold water to supply water at a temperature you require.

A bath where the taps are situated on the one side.

Electric showers will take water from the cold supply and heat it on demand when the shower is turned on, the better flow of hot water can be expected from a greater wattage shower.

Shower screens and shower cubicles normally encapsulate the shower; this normally sits on top of a shower tray allowing you to keep any and all water within the enclosure.

This is where the mains water is fed into a tank situated at a high level – usually in the loft, or in an upstairs airing cupboard.
This delivers a low pressure of water but if you want to increase the pressure you can usually install a pump for a shower and increase water pressure to the taps.

Showers marked as low pressure are then suitable for use on a low pressure system (such as a gravity-fed system).

A mixer shower draws your hot & cold water supply and mixes them within the shower unit to a temperature that you have controlled via the shower mixer controls, most common controls are the manual mixer controls where you adjust the amount of hot and cold water to meet your needs, thermostatic and digital showers are also available.

A single tap fitting which only requires one inlet hole and it takes the water from the hot and cold supplies and mixes them at an equal pressure, the temperature and flow are easily adjusted using the lever on top of the fitting.

This is a toilet pan that can be connected to any of the three toilet outlet systems (S-trap, P-trap or bottom outlet) waste outlet system.

A term used for the base of the toilet, located directly below the toilet seat.

A pivot shower door is able to swing open on an upright supporting bar or brackets.

The power within the power shower comes from a pump within the shower system. This type of shower takes hot and cold water and mixes them to the desired temperature before pumping the water to the shower head.

The quadrant shower cubicles usually have two flat sides with a curved front edge which means they are suited to being installed in the corner of a bathroom.

These are quite uncommon water systems, but are becoming increasingly used within houses and flats where space is limited as they do not require a cold water tank / cistern. They will have a hot water tank which is under pressure and usually delivers water at about 3 bar.

A shower bath combines a bath and a shower enclosure for an ideal combination of the both.

A waterproof base for a shower enclosure fitted onto the floor, sizes vary between manufacturers so shop around to find one that best suits your needs.

A shower door consists of two or more panels which will slide to one side to allow access.

A shower with a thermostatic valve can make changes in the water pressure and will then adjust the hot or cold water intake to compensate.

This type of shower enclosure has a screen or screens but does not have a sliding door or shower curtain that needs to be closed in order to use the shower.

These basins are hung on brackets and have no pedestal.

These types of toilets have a toilet pan that is hung on brackets from the wall rather than standing on the floor.

This is a shower that does not have a shower tray and the water drains into a drain located in the floor. 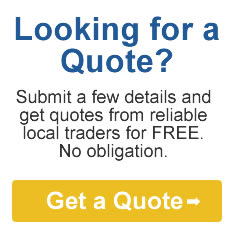 Take a look at our main sections below:

Do you like getting stuff for free? We regularly give away free prizes for visitors to our website and social media pages, including our Facebook page.

Subscribe to our Facebook page to be in with a chance to win one of our prizes, including vouchers, tools, home improvement items and more!